Suicide: How and When Should I Seek Help?
By: Melissa Howard, Head of Prevention Outreach, Stop Suicide

Every day, an average of 11 people take their own lives in Canada, and another 210 attempt to do so. Suicide is the ninth most common cause of death in the country and the second most common cause for youth aged 15-24. There is no doubt that more has to be done to prevent suicide.

However, suicide is often misunderstood in society. Many people do not understand what could push someone to try to take their life, and as a result, there is a taboo around the subject, as well as a lot of misinformation.

As our understanding of mental health and emotional well-being advances, it is important to break this taboo around suicide. Talking openly about it, becoming informed, and knowing how and when to seek help is crucial for people to understand that there is always another way out.

Who Is at Risk?

Anyone can feel suicidal at some point in their lives; however, some groups are more at risk than others. Mental health is by far the most significant factor, affecting 90 percent of suicide victims. This includes people with affective disorders such as anxiety and depression.

Those who have substance abuse problems are also more likely to be at risk for suicide. Particularly, studies have shown a link between early onset alcohol abuse and suicide attempts. Young people suffering from both substance abuse and affective disorders are significantly more at risk.

Suicide tends to particularly affect the young and the elderly; the highest rates are by those over 65. Males are significantly more likely to die by suicide than females, although there are more suicide attempts by women.

Suicidal tendencies do not appear out of nowhere. There are several warning signs to look out for. High-risk signs include someone telling you outright they want to kill or harm themselves, talking about suicide, or researching ways to do it.

Other, more subtle signs may be harder to catch but are important to look out for. These signs include excessively risky behavior, expressing feelings of hopelessness or being trapped, withdrawing from social life, and losing interest in activities or appearance. Also watch out for sudden bursts of euphoria. People who have decided to take their own lives often seem much happier leading up to the act.

If you feel you are at risk, make an effort to be mindful of your mental health and of any dark thoughts you may have. If you are feeling depressed but have not yet sought treatment, it is important to do so.

If you have been having suicidal thoughts, it is imperative you reach out to someone. This can be a friend, family member, or a medical professional. You can also call a dedicated suicide helpline, where a professional can talk you through these feelings.

If you think a friend or family member may be considering suicide, do not tiptoe around the subject, and ask them outright. Bringing up the subject can be scary, but most people will be relieved if you ask them. This gives them the opportunity to talk openly about their suicidal thoughts, and could be a huge help.

Conversely, if a loved one comes to you saying that they have been thinking about killing or harming themselves, you should listen to them and be patient. Above all, do not get angry or annoyed at them. They do not control these feelings, and they are trying to fight them by talking to you. Ask them questions to encourage them to talk, and offer to help them seek professional help.

Remember: it does get better. Suicide may sometimes feel like the only option, but it never is. You or your loved one might feel hopeless right now, but help is available, whatever the situation. There is a multitude of professional services available to guide you through the process, and you are never completely alone. 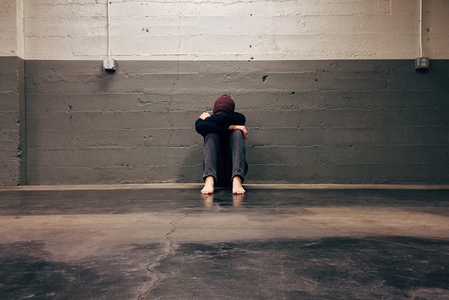