Unconditional Love: The Benefits of Pet Ownership for People With Mental Health Issues
By Mellisa Howard, Head of Outreach, Stop Suicide
People who are trying to manage a mental illness or emotional disorder are often in need of unconditional love and acceptance, because they suffer from a condition that’s not easy for most people to understand. Individuals with mental health disorders frequently benefit from the support they receive from a pet. It’s a kind of love that’s conveyed without judgment or disapproval, and it has a powerfully therapeutic impact on people who need it most. A British study published in 2016 concluded that pets are so effective at helping people with mental illness that pet therapy should be central to their treatment. The study found that pets helped study subjects establish set routines, giving them a sense of social connection and emotional support. Furthermore, their ability to provide care for a pet gave them a feeling of control and confidence, something they couldn’t get from any other relationship in their lives.

Pets fill a void that mental illness creates in the social lives of people who have been alienated from friends and family. Not only do pets provide companionship and acceptance, but in many cases, they are actually able to distract patients from the effects of their disorder. For example, the purring of a cat or the singing of a pet bird can have a calming effect that’s unlike anything else, and preferable to many standard forms of treatment. Some patients say that having the responsibility of caring for an animal keeps them from feeling isolated from the world. It’s a mutually reliant relationship between two good friends, and patients benefit from all kinds of animals, from dogs to hamsters.

Anyone who’s ever taken a dog to a dog park knows how easy it is to make friends. There’s something about dogs that just brings people together from all walks of life. That’s a positive for people with mental health issues who have trouble reaching out on their own. It’s an opportunity to exchange stories about pets with other dog owners and socialize on a level that wouldn’t otherwise be possible for someone being treated for a mental health condition. It’s a truly positive situation, because people who have more friendships and social acquaintances tend to be healthier mentally.

Those who suffer from mental health problems are often reluctant, or unable, to stay physically active and get enough exercise. A dog, especially one that likes to play and go for walks, is an excellent companion for helping patients stay physically active. Aerobic exercise can help you feel better by activating pleasure-inducing neurotransmitters in the brain. Having a dog gives you a built-in exercise partner and, for many people, makes it easier to get outside and get the blood flowing. For those who aren’t ready to be social with other people just yet, such as in a dog park setting, simply playing outside in their own backyard with their pup can help them get the activity they need; it’s important, of course, that the yard is dog-ready (poisonous plants and chemicals should be removed, and ideally, the yard should be fenced-in).

The evidence proves that pets aren’t just beneficial to those with mental disorders, but to anyone who lives a hectic and stressful life. According to a study conducted by the Human-Animal Bond Research Institute, 74 percent of individuals who owned a pet reported that their animals had helped them feel more positive, and improved their mental health in general. If depression is a self-perpetuating cycle, pets are clearly effective at helping people break it. It’s hard to question your self-worth when a friendly little animal that relies on you expresses its fondness with no prompting.

The strength and nature of the emotional bond that exists between people and pets is not fully understood from a scientific standpoint. However, animals are undeniably effective at helping people with severe emotional and mental disorders better cope with their problem and its symptoms. Many pet owners are able to establish an emotional connection with their animals, one that’s deeper than their relationships with people. 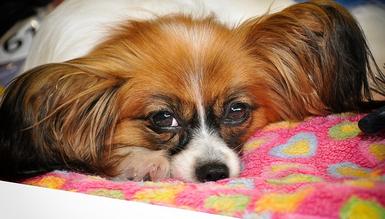